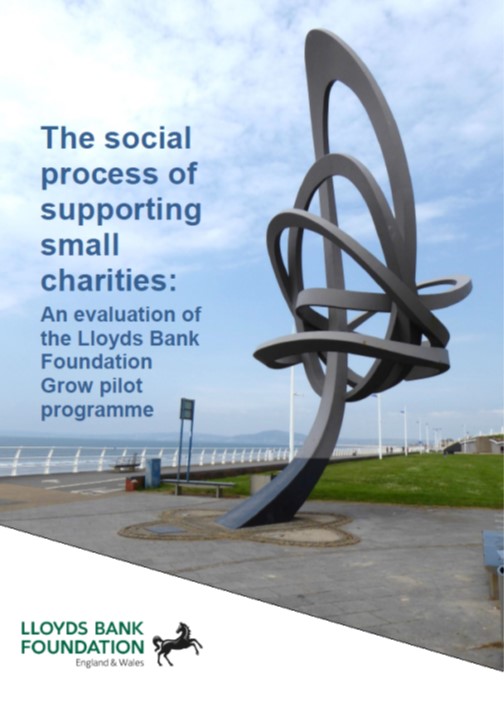 mmunity wellbeing. So it’s not surprising that governments and big charitable foundations have been attracted to the idea of helping build their capability to do things better and their capacity to do more of it.

Over the years there have been plenty of initiatives of this kind. Evaluations tend to produce pretty positive findings – suggesting high percentage satisfaction amongst small charities with the support they’ve been given. But the extent to which they made a deep or lasting impression is open to question.

After all, small charities tend to remain small, independent minded and focused on issues that they feel that bigger organisations have ignored, neglected or even caused. So they’re often not minded to listen to the good advice of outsiders – however generously it may be dispensed.

Just because most charities are small, does not mean that they lack complexity. They may not have specialised divisions of labour, hierarchical command chains or bureaucratic procedures. But that does not mean that their internal dynamics are simple. In fact, small charities – especially when they are collectively governed and run – are complicated entities.

A blog for Small Charities Week.

Valuing small charities for what they are, not what they should be