The extent to which leadership opportunities in the Third Sector are open to all members of the community who feel that they may have a contribution to make has finally become a serious topic of conversation in recent months.

Debates have been hampered by a lack of reliable evidence. Our new report from #ThirdSectorTrends makes a contribution to the debate by presenting evidence on the personal and biographical characteristics of Third Sector leaders across the North of England.

Third Sector Trends is a big study funded by Community Foundation serving Tyne & Wear and Northumberland, Power to Change and Garfield Weston Foundation. It has now been running for twelve years in the North of England. In 2019, nearly 3,200 organisations responded to the survey. So we have probably produced the most reliable data so far on the topic. 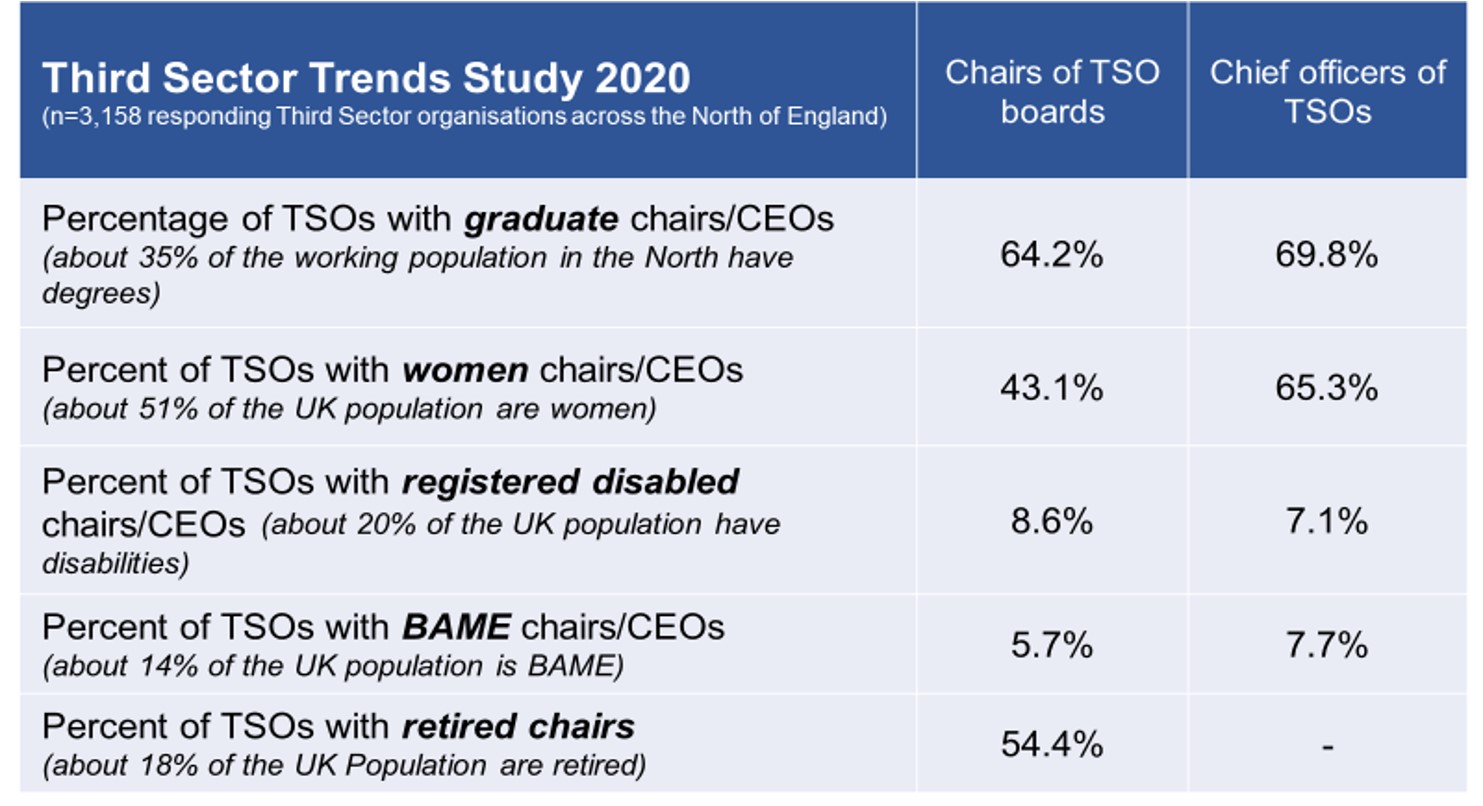 What did we find out?

Amongst chairs of boards of trustees or directors, which govern Third Sector Organisations (TSOs), we found that older people, men and graduates are over-represented compared with population averages. By contrast people with disabilities and members of BAME groups (and to a lesser extent, women) are less well represented.

Amongst chief officers there are proportionately more graduates and women in positions of leadership than in the general population. People with disabilities and members of BAME groups (and to a lesser extent men) are shown to be less well represented.

There is a great deal that we still don’t know

Our report provides only a partial picture of the current situation in the North of England. It shows that something is going wrong when it comes to the appointment of people with some biographical or personal characteristics to leadership positions. Specifically, there are proportionately too few Black, Asian and other minority ethnic (BAME) people in leadership roles.

Interpreting headline statistics is not simple. It is unlikely that organisational cultures, policies and practices provide the sole explanation for unequal representation in leadership roles. It is more likely that there is a range of push and pull factors that attract or dissuade people from putting themselves forward for senior posts in TSOs (see diagram). We need to know more about these underlying social processes.

‘The well-known process of mentoring, nudging or arm-twisting people into leadership roles (especially chairs) is probably done within very limited ‘civic core’ social circles instead of broadening the search to a much wider constituency of potential. It is also likely that many charities, perhaps inadvertently, communicate the wrong messages to potential candidates and repel as many potential candidates as they attract.’ 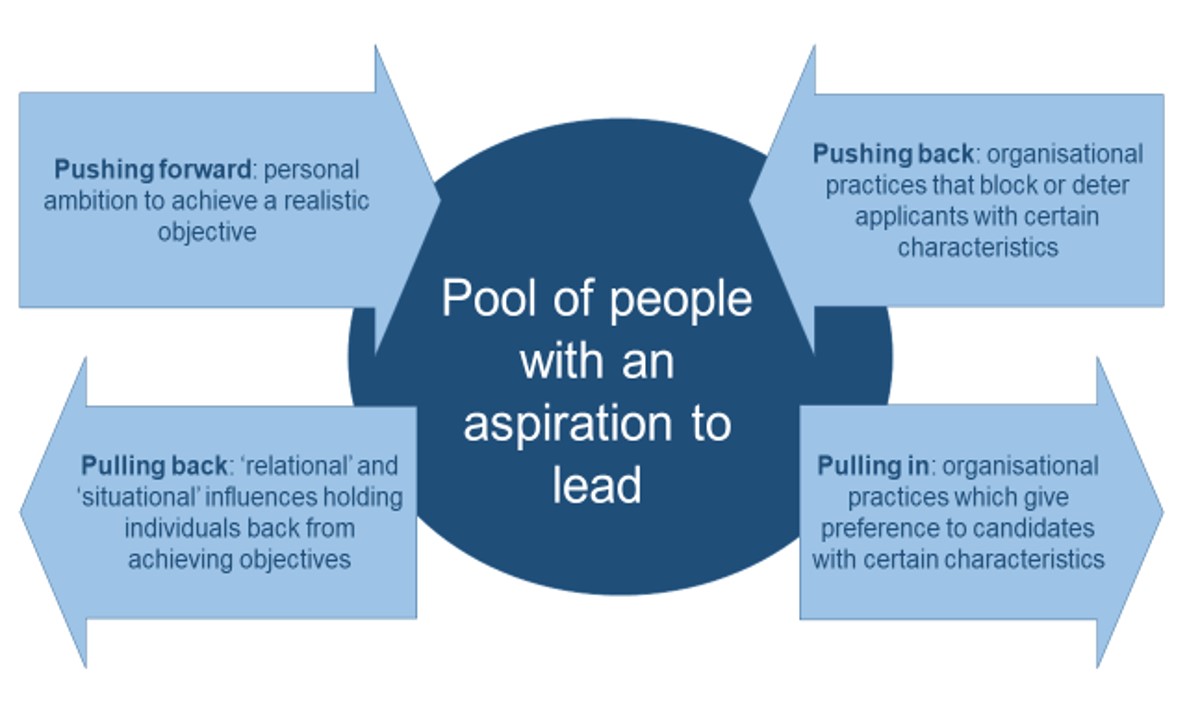 Defining what needs to be done is simple – get more people from diverse backgrounds into the talent pool and stop discriminating against them once they arrive there. Achieving these objectives is a whole lot more difficult – for all kinds of reasons – but continually brushing the issue under the carpet just won’t do. Everyone has to play our part and get on with doing something about it.

The report can also be downloaded here:  https://www.communityfoundation.org.uk/knowledge-and-leadership/third-sector-trends-research/

A short blog on the report’s findings is available here: https://tonychapmanblog.wordpress.com/?p=160