The first in the series of ‘Perspectives’ talks at St Chad’s College took place on Monday 16th October at 6:30pm. The ‘Perspectives’ series which brings together a wide range of academics from Durham University is St Chad’s College’s very own pioneering interdisciplinary college module. For this first event, a panel of students and researchers came together to discuss the incredibly topical issue of millennials, the ‘snowflake’ generation, notoriously (and perhaps unjustifiably) known for their wayward ideals and expectations. The evening was introduced by College Principal, Dr Margaret Masson and Vice Principal, Dr Eleanor Spencer-Regan, who both emphasised the importance of inter-disciplinary and even inter-generational learning and scholarship at Durham. Encouraging students to make the most out of the resources at both St Chad’s and the wider university, they also introduced the notion of the ‘snowflake generation’, which has been recently defined as millennials who are generally more prone to taking offence and less resilient to difference in attitudes and ideas than previous generations. 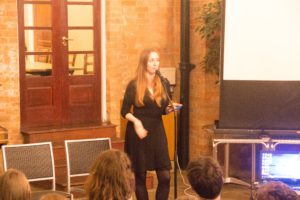 First up to speak about this issue was Durham Students’ Union’s very own President, Megan Croll. Megan gave a personal insight into the issues and challenges that she faces and helps people with in her role as a student leader. These included issues such as the rise of social media in connecting individuals, as well as the ability of our ‘digital age’ to give us far more choice over who we engage and interact with, citing dating apps such as Tinder as positive ways to identify shared interests. Megan also outlined the heightened level of pressure that students are now being put under to achieve more than previous generations, and claimed that this might be responsible for fuelling the ambitions of students to go further than their predecessors. 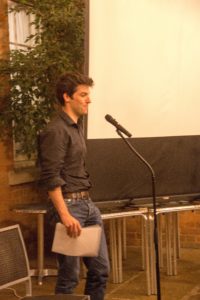 Second to speak was Dr Benedict Anderson who is an Assistant Professor in the Law School. Dr Anderson defined a snowflake as a ‘unique item that melts under pressure’, and argued that this can apply to a wide range of people when faced with challenging situations. He also outlined the sketchy area between intention and offence, citing how it might be possible to unconsciously cause offence due to differences in outlook and ideology. 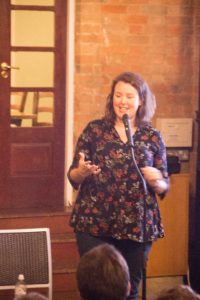 Final to speak was Becca Dean, a youth worker and PhD researcher in the School of Applied Social Sciences. Becca introduced three broad ideas that attempt to explain the effects of the current generation’s excessive use of social media. Firstly, Becca introduced the concept of ‘Elkind’s Personal Fable’, which attempts to explain how self-curation is often imagined as a social act, where our appearance becomes a symbolic representation of who we are. Secondly, Becca unpacked Erikson’s Stages of Development, explaining how our sense of ‘self’ coordinates and changes the way in which we relate with others, creating communities that systematically include and exclude others. Finally, Becca used the research of Caitlin Moran to explain how the internet, still in its relative infancy, is like a teenager; a “new-founded liberal city that failed to install a sheriff” and was consequently a little wayward in its behaviour.

The audience were very receptive to these ideas, taking the opportunity after the introductory speeches to break into small clusters and explore the issues at stake. This was followed by a more informal networking opportunity to find out more about the experiences, insights and research of the speakers. The next talk in the series takes place on Monday, 30th October at 18.30, where the topic will be the very relevant issue of the future of meat and the ethical issues that surround its consumption.