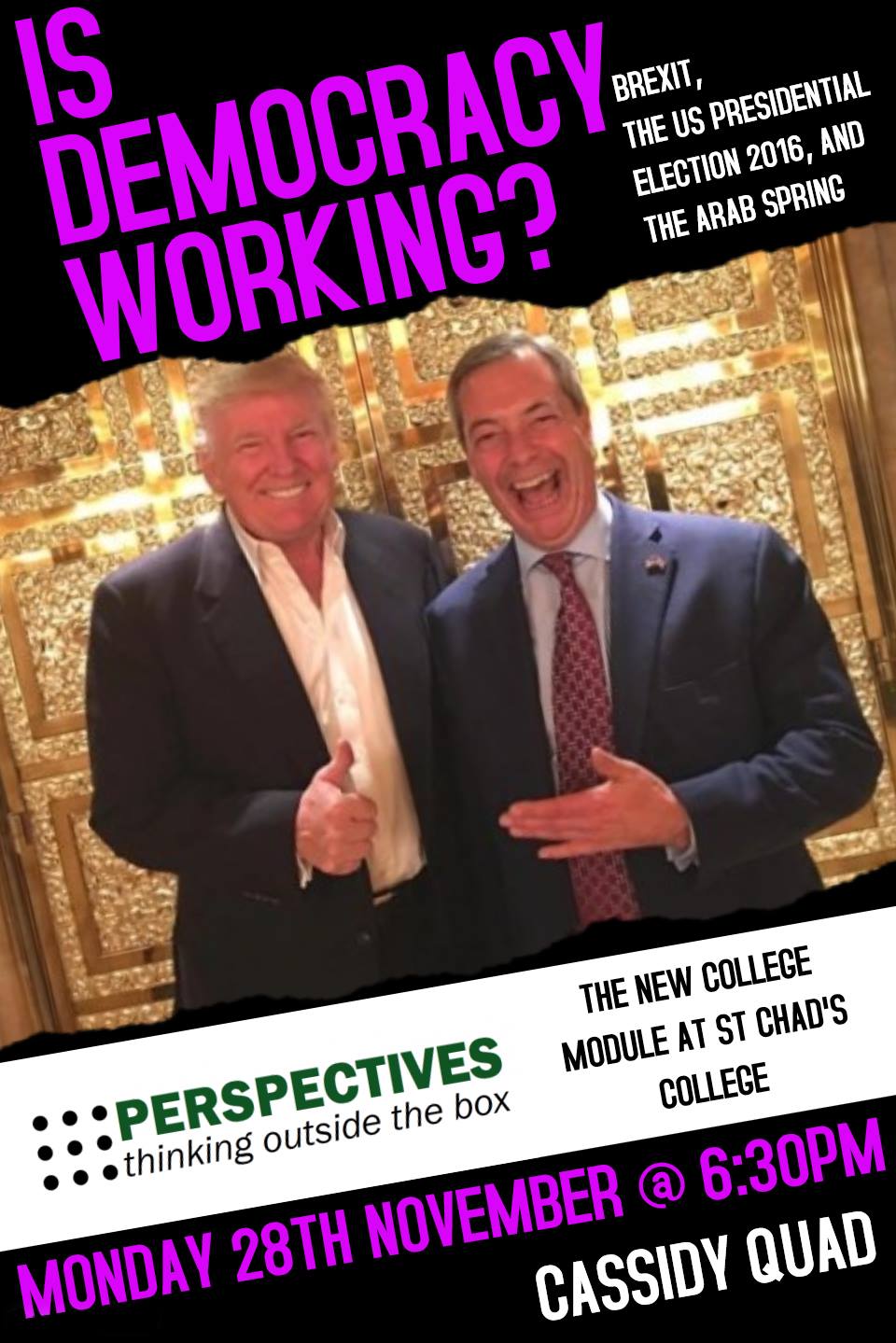 Perspectives last week was on a really interesting and vitally relevant topic. We all know the famous Churchill quote, ‘democracy is the worst form of Government except for all those other forms that have been tried’; to be honest, I think our political system is something we tend to take for granted. All the more relevant as the final Perspectives event of the term, considering recent events – it is too easy to simply assume this system is the norm and is faultless because it is the only one we have ever been exposed to.

Chad’s hosted Professor Fred Robinson (Professorial Fellow of St Chad’s College), Dr Anna Rowlands (Theology and Religion), and Lily Botrous (Alexandria School of Theology, Egypt), who put forward their very interesting views on the question of democracy – Prof. Robinson and Dr. Rowlands focussed mainly on Brexit, while Ms. Botrous talked about the Arab Spring. In classic form, after their thought-provoking talks, we broke off into small groups, with discussions ranging from the virtues and vices of political correctness to the problem with modern voting systems to how politics is all too often boiled down to basic ideas and ideologies. Some really stimulating discussion, which certainly left us with a lot to think about.

All in all, a very successful evening, and a great relief from the summative stress which tends to drown students in the last few weeks of term. I hope that next term’s lectures are as thought-provoking as the fantastic schedule put together already this year.