An awesome £231.02 was raised at the Vestra Vox concert in Chad’s Quad last week! The money was raised in aid of finding treatment, hospice care and family support for Spinal Muscular Atrophy sufferers in the UK. SMA is a disease that robs people of physical strength. often taking away the ability to walk, eat, or breathe. It is the number one genetic cause of death for infants and 1 in 40 carry the gene that causes the condition! Due to the fact it is relatively common, it is a charity which many hold close to their heart, thus it was such a success that we were able to raise such a considerable amount of money at the concert! 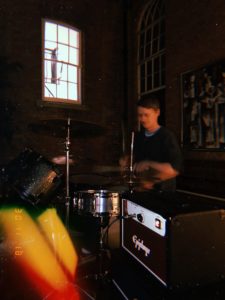 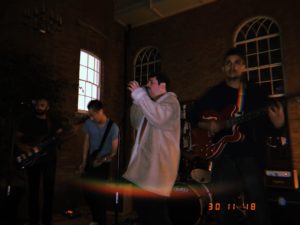 Attendees had a fab night especially those who won the blackberry gin liquor gift set which was kindly donated by Durham Distillery!  Early birds certainly caught the worm as Q-Jump Wristbands for Klute were given out to those who arrived promptly.

The line up included Velvet Riverside, Autofluorescence, Man like AB and Chad’s band, Halcyon. Halcyon played a mix of originals and covers and had the crowd raise the roof to ‘She’s So Lovely’, ‘Boys That Sing’ and ‘Naive’.

Well done to Matthew Prudham our Music Rep, and thanks to Van Mildert for tech support and all Chad’s volunteers!