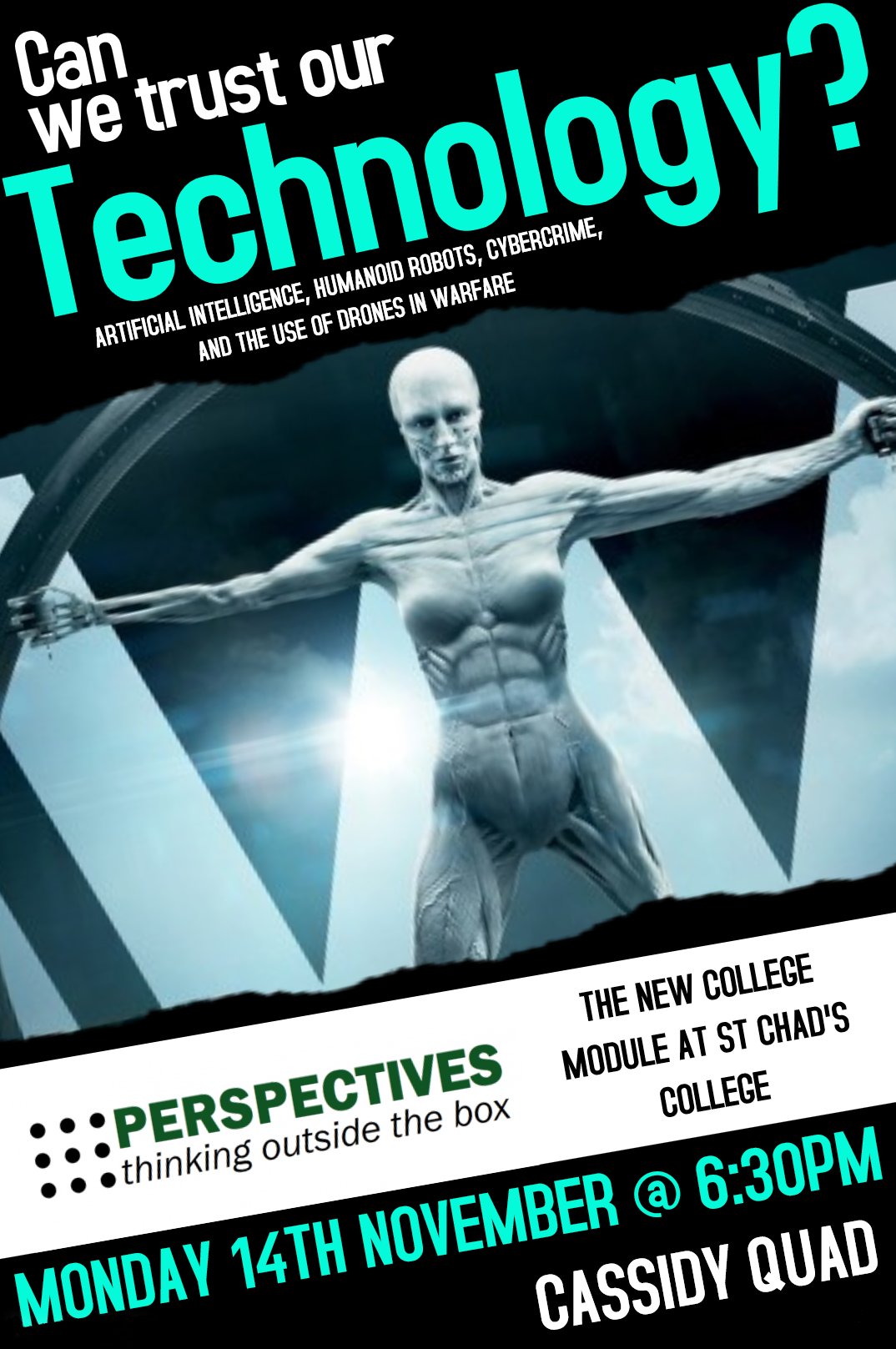 The third in our College Series: Perspectives was held on Monday night. Despite the inset of summative season the session was well attended, by a range of individuals from both JCR and MCR.

Following an introduction by Dr Eleanor Spencer-Regan the three speakers each laid out their point of view on the question of how far we can trust technology. First up was Dr Toby Breckon (Engineering and Computing Sciences), who argued that we could trust technology because it can only do that which it is taught or programmed to do by human designers. He also emphasized the power of consumers to pressure manufacturers to make trustworthy technology, by voting with their wallets.

Next was James Page (School of Government and International Affairs) who talked about the ethics and practicalities of drone warfare, and suggested that they are more accurate than human operated aircrafts.

Finally Dr Ladan Cockshut (School of Computing, Teesside University) talked about the increase in interest in AI, humanoid robotics, transhumanism in the mainstream media (movies, TV) over the past few decades, and about how our use of social media might change the ways in which we view ourselves, and our relationships with others.

Attendees then formed groups for discussion before returning to a final overall summary of the thoughts from the evening. One particularly interesting outcome the following day was the discovery of one student that her experiment of leaving Facebook open (with microphone access permissions) on her phone throughout the discussion might well have influenced the advertising she received the following day, with recommendations for AI films appearing on her Facebook. 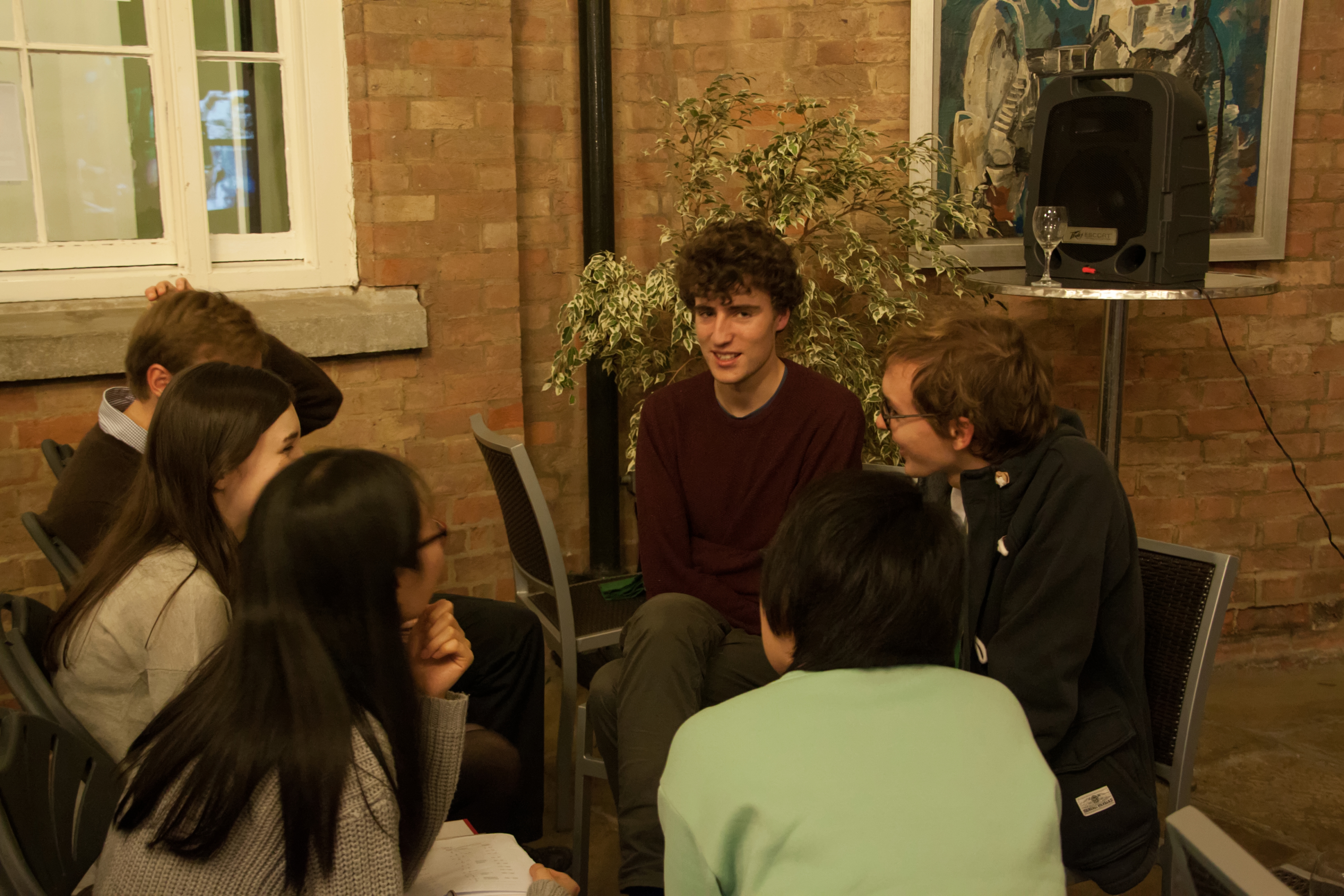